When I talk about sausage spices, I'm including herbs too.

As a matter of fact, I mean just about anything we add to our ground meat to give it the special tastes we're shooting for...

...(with the exception of liquid smoke, a topic all by itself).

I love spices. They're what gives the zing to something that otherwise could be pretty ordinary. I like the smell and flavor of different spices, and I like to think about the exotic (sometimes) places they come from. Maybe I'm just a romantic!

Sausage spices are a very big part of what makes one sausage making recipe different from another. Polish sausage is much the same as chorizo until you add the seasonings...after that you'd never mistake one for the other.

You can buy your sausage spices already ground or grind them yourself but...Do yourself a really big favor and don't buy spices in those little cans or bottles at the supermarket.

There are a zillion places on the internet that specialize in bulk sausage spices. Their products are fresh and you will save a ton of money.

I just ordered a batch of spices the other day. I paid less than $6 for a pound of ground ginger. The supermarket wanted $5 for less than an ounce.

For even more information on spices there's a great article you can read by CLICKING HERE.

Let's look at some of the more common sausage spices you'll see listed in recipes.

Yup. it's pretty ordinary, but it's important in sausage making. You'll find salt in a lot of recipes. There is a difference in the kinds of salt you can buy, and that could cause a problem in your sausage making.

Use a salt with no additives. Most table salt has iodine added to it, along with chemicals that keep it free flowing.

Secondly, different salts have different sized grains. A cup of small grain sea salt will weigh more than a cup of kosher salt (quite a bit more).

Many sea salts have a unique taste, but that flavor usually disappears once the salt is dissolved into a food or liquid and...sea salt costs more, so why pay the extra?

Kosher salt is very pure and I use it a lot in my cooking, but it has large grains and doesn't dissolve as easily as some others. It can also cause problems with measuring.

I find that pickling salt often works best for sausage making, and I use it unless the recipe I am following specifies something else. It has fine grains so it dissolves quickly, and is very pure (no additives). I measure it the same as I do table salt. 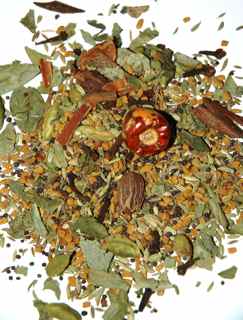 I'm talking here about the regular black (or white) ground kind for sausage seasoning. The number one thing I look for with pepper (after freshness)is a fine grind so it mixes easily into my sausage meat. If you decide to grind your own, make sure it isn't too coarse.

This I do buy at the supermarket. I use regular baking sugar and have never found a good reason to try anything fancier or more expensive.

Lots of recipes for hot sausages like andouille and chorizo call for chile pepper. I usually use cayenne (unless instructed otherwise) because it is quite consistent in heat from one batch to the next.

Most good breakfast sausage recipes call for sage. I use the rubbed variety.

Mace is the outer shell of the nutmeg. It tastes a lot like regular nutmeg, only milder. It's used in most wiener (and bratwurst) recipes. 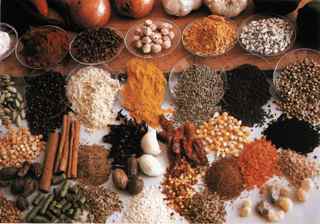 This is used in many different sausage recipes. It's the seed of plant we know as cilantro, but it is more intense in flavor than the leaves.

The ripened and dried seeds of the fennel plant have a mild licorice-like flavor.

Cumin is an important spice in some Mexican and Asian sausage making recipes. It's the dried seed of a plant that looks a lot like parsley, and has a very distinctive flavor. You will recognize it from chili and curry powders.

I'm a great fan of these two guys, and I only use fresh bulbs in most of my cooking. For sausage making though, I often prefer the granular powder.

It is much easier to measure the powder, I get better consistency from one batch of sausage to the next, and the taste doesn't fade as quickly as it does when I use fresh.

One warning about garlic and onion. They are two of the few sausage spices whose flavors disappear rather quickly when sausage is frozen. I don't keep sausage in the freezer for more than 2 months if I want it to have a strong onion or garlic taste.

We're talking here about the dried and ground root of the plant. Ginger is an important spice in salami and bratwurst. Many people think the best quality still comes from China and the Far East.

A big part of the fun in making your own sausage is coming up with new and different blends of sausage spices and seasonings. Start with recipes you know you enjoy, and add or subtract spices and amounts as you experiment. Want more fennel flavor in your Italian sausage? Add a little more to the next batch.

Remember to keep a record of what you have done though, so you can duplicate your winners or tank your losers. I have a special sausage making notebook that lives in my sausage kitchen.

There are certainly many more sausage spices. This is the selection that I have on hand all the time though. You will likely develop favorites of your own as you experiment for yourself.